Why is a 3D Target better than a cardboard template?

TAT3D > News and Events > TAT3D > Why is a 3D Target better than a cardboard template? 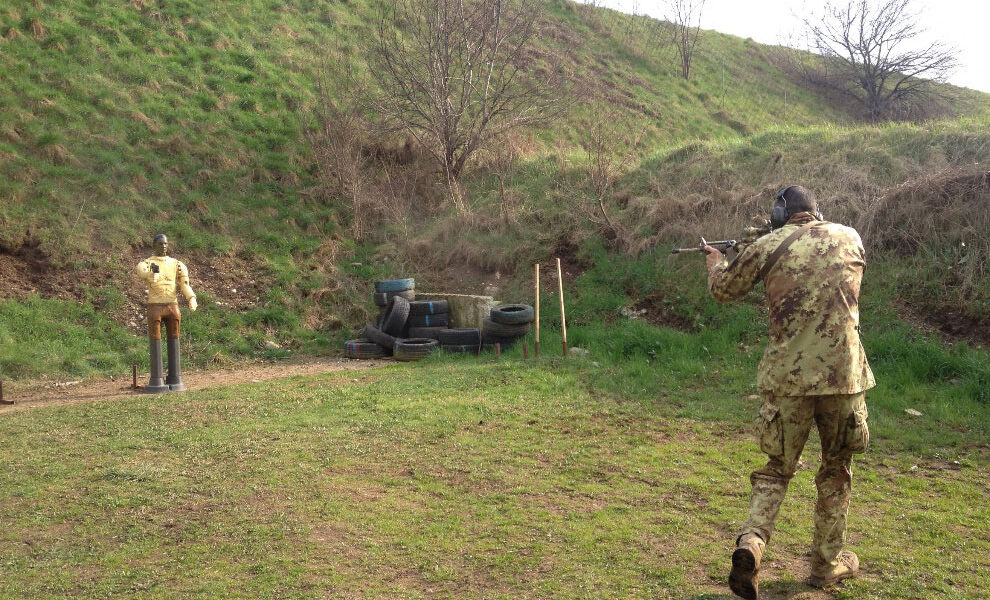 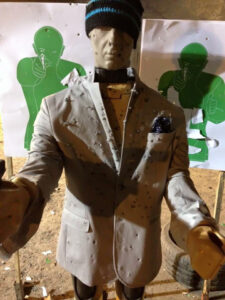 Emotion
This aspect is better understood through an example, because if a dog is shown the silhouette of a cat or another animal cut out, even from a simple sheet of black cardboard, the dog will show various types of behavior towards the silhouette: barking, growling, staying away from him … all real behaviors, linked to the fact that the animal reads the shape as real.

Although awareness leads us to recognize that they are fake shapes, one’s depth sees a human shape and consequently peculiar behaviors are put in place: there will be those who are more tense !; some will feel embarrassed, some will be fearful or even annoyed or excited, however some more, some less, all emotionally solicited and never neutral in front of the target. This does not happen in relation to classic targets.

This effect leads the user to involuntarily and unconsciously increase his attention and reactions, factors that become positive in a real fight and instead train the negative factors of hesitation and tension that can be had in front of a human person, which it is necessary to learn to control, to have an effective reaction.
The three-dimensional TAT3D targets allow you to train with realism. The more you train with realism, the more ready you will be if ever needed. 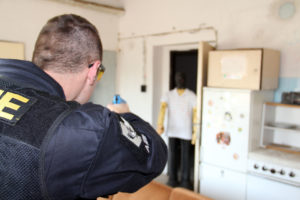 Awareness
When you shoot, you evaluate the result of your shot on the basis of the area hit. In a classic target, represented by a drawn outline or a geometric shape, the result is determined by whether the shot is inside or outside the marked area, therefore peripheral or borderline shots are still considered positive.
The three-dimensional target TAT3D representing the human figure, allows you to immediately understand the effectiveness or otherwise of the shot, based on the part of the body hit, making you understand instantly the effects that would cause that shot, when it was fired in a real situation; also allows you to evaluate whether that blow would have stopped a hostile element or if it would not have neutralized it!
The resulting realism leads us to identify ourselves with the wound and its effects: in many cases we perceive a discomfort and / or a sensation in our body.
All these emotions, in an operational shooting expert, are fundamental for his growth and technical improvement.

Precision
Classic targets are placed in front of the shooter, who from any angle always has the same view of the target drawn and the same threat situation. The use of three-dimensional TAT3D shapes allows both to orient the torso and arms in a different way, using not only the frontal position, and to add objects “in hand” making them entirely or only partially visible; this changes the situation and the understanding of the threat also depending on the angle of engagement, for example:
using a TAT3D target with two objects held, it is not certain that we perceive the same threat from all angles! It may happen that we see both objects from the front, but at an angle we do not see them both well, therefore we must, before shooting, refine the perception of the threat and better analyze the situation.
Furthermore, if we place more than one TAT3D three-dimensional target, we will perceive the one with the gun pointing towards us as a priority threat; the shooter will therefore have to quickly assess the situation and make a decision on priority targets. In a context made with classic targets, the evaluation of the priority of the threat is reduced to almost nothing, because it is simply directed to the closest target, or at the first seen. 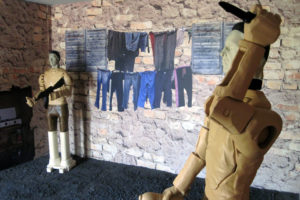 Over a range of frontal engagement area of 120 ° -180 ° we will see how the situation changes and the vision of the threat and priorities change depending on the position in which you are.
With the three-dimensional target TAT3D it is realistically possible to train both a lethal and a non-lethal shot, because having a human shape, it is possible to hit lethal zones that neutralize the threat, or non-lethal, that stop the threat; it is difficult to achieve effectively using classic shapes. 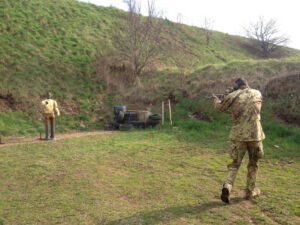 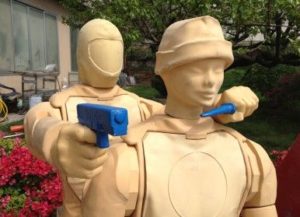 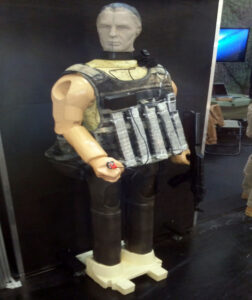 Shoot less is better!
The realism deriving from the three-dimensional TAT3D silhouettes leads the professional shooter to shoot less and more accurately and consciously: increase attention in shooting, to correlate the information that our brain has analyzed and perceived from the situation and the threat, with greater awareness and decision.
The use of laser markers makes effects even more special. Its use on classic targets makes the laser marker slide quickly from off target to target center, without problem. With the TAT3D three-dimensional targets, not everything happens so simply, because a condition can be created in which the so-called red point ends up in a gray area and is lost.
This effect means that the operator must be more precise immediately in centering the TAT3D three-dimensional target because he will be able to move the red point and follow its movement only on the target’s body to bring it to the desired area in the center, he does not have a plane available. off target which can help him, because it has the complexity of depth of field!

And in low visibility?
In low visibility all the above factors increase! The classic targets give a uniform and well-defined effect when illuminated with the various visual supports of lights and torches, reflecting the light in an unreal and annoying way, without being able to recreate a realistic and profitable effect for training.
Illuminating a TAT3D three-dimensional target you have a realistic effect with shadows and the right reflections, especially if dressed, faithfully recreating reality in all its vision!

Control of the centers
In the TAT3D targets it is possible to insert panels to see if the shot has hit the target or not or to evaluate the position and lethality according to human anatomy.
The main human organs are shaped inside.
Furthermore, it is also possible to obtain the fall effect if hit even by adjusting if with one or more shots, all aimed at trying to immerse the user in an increasingly realistic context.

Target duration
All TAT3D targets are made of a special plastic compound that allows the bullet to penetrate and exit by closing.
This effect leads our targets to have a very long life, which varies according to the caliber and type of ogive.
We can go from 4000-6000 shots for a 9 mm up to over 10000 shots for a 5.56.
Furthermore, being modular and composed of several parts, the worn parts are replaceable and allow the regeneration of a target when worn, in particular the central area is also made with a compound that is even more performing than the body and can be replaced quickly when worn.
All advantages that lead to a target with a very long operational life.
There is no metal in our targets “except for the special versions with bullets traps”
This is to increase and eliminate any problem or danger related to deflection of shots,
the support base is also made of nylon and the body supported by wooden slats quickly and easily replaceable and available anywhere. 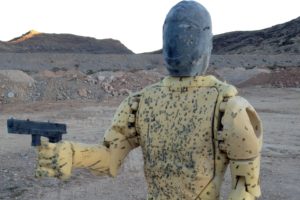 With TAT3D you train better.